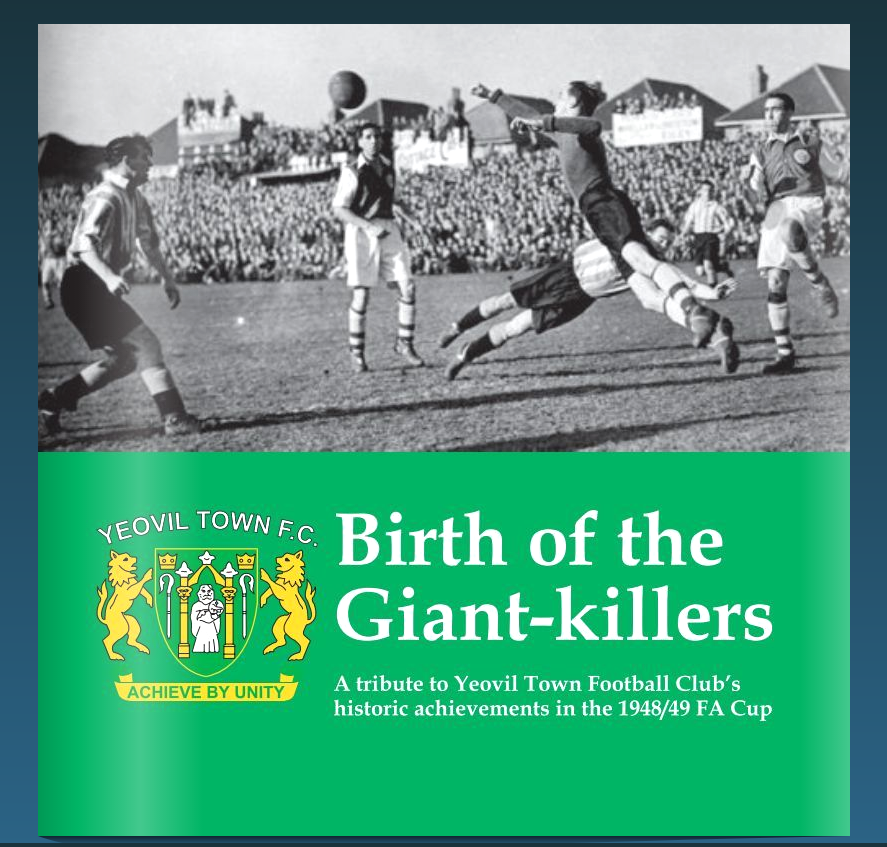 2009 marked the 60th anniversary of one of THE biggest ever FA Cup upsets.

In January 1949, little Yeovil Town, non-league and proud of it, beat Division One giants Sunderland 2-1 at Huish in front of a more-than-capacity 16,318. Goals from player manager Alec Stock and Eric Bryant sent the Glovers spinning into the fifth round where they lost to Manchester United at Maine Road.

The club brought out the book as a tribute to the giant-killing and featured a match report, pen pictures of both sides, a profile of Alec Stock, a review of Yeovil's great Cup run and much more including an extraordinary interview with Dickie Dyke. Dickie was goalkeeper on the day, only his second ever first team appearance, and told his own story of the game.

Sadly, Dickie passed away just six days after the interview for the book.

You can read the interview, and the whole book, by clicking on the link below. Please note, this is a very large file to download.